Self Publishing A to Z: HEROES OF SELF-PUBLISHING

Welcome to the Trogloblog--for April, I'm participating in the epic A to Z Blogging Challenge, where Monday through Saturday, I'll be posting a letter-themed article about Self-Publishing... 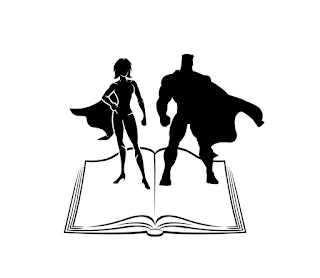 The time has come for my least popular article in this series--the one where I dole out some harsh reality that may shatter your gentle sensibilities...

Amanda Hocking. Elle Casey. Hugh Howey. Russel Blake. The Heroes of self-publishing who went from relatively unknown dreamers to true Best-selling authors raking in the bucks and churning out popular books as easily as most people churn out Carbon Dioxide.

There is an inherent danger in believing you will be wildly successful at something just because someone else did it. Business--and as our Heroes will tell us, self-publishing is a business--is not a formula. 2+2 does not always equal 4. Sometimes it can equal -3. There's no guaranteed checklist for success when it comes to any business. Business is a gamble. A gamble that can be influenced, but still a gamble.

Many a new writer falls into the trap of looking at their heroes with blinders on. They try and emulate the actions of those heroes then sit back and refresh their browsers over and over, wondering where all the sales are.

It doesn't always work like that. Because the one thing you have to have to succeed at self-publishing is a pinch of luck: 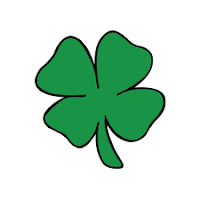 There is a whole cottage industry out there, filling the gullibles' heads with promises of fame and fortune if only they follow the rules. Like success is something you can whip up in the kitchen merely by following a recipe. That is bullshit.

Yes, a good cover will help. Good writing, professional editing, and expensive ads all stack the deck in your favor. But there's still that intangible x-factor we call luck. Which by it's very definition can't be altered (that's karma).

You could throw a hundred-thousand dollars at a gang comprised of book doctors, graphics artists, marketers and printsetters and produce a gleaming tome of unbridled awesomeness. You could get Wal-mart, Books A Million and Amazon to stock it prominently on their shelves and in their emails. But that is not going to guarantee success.

Bookstores are full of books that never sell. They end up on discount tables or in dumpsters out back. They were produced by traditional publishers who have been in the business for decades. On the other hand, with little to no budget, self-published authors have found themselves at the top of the best-seller lists, much to their surprise and amazement.

This is by no means meant to discourage you from writing. But I am asking you to take off your rose-colored glasses of adoration, and approach things practically. The Kentucky Lottery has a great slogan: "You gotta Play to Win". That is exactly correct. If I don't buy a scratch off, I have zero chance of winning any money. But just because I buy ten scratch offs doesn't mean I'll be living large by the pool in a  week. All business is a gamble.

We can look to the heroes of self-publishing for guidance on our quest for success. Adam Carolla, a stand up comedian, is the King of Podcasting because he works hard and produces great content. He also is loyal to his fans and grateful for their support. That same way of doing things can work for authors as well.

Here then, are the things you need for that Best Selling Cake you may be chasing:

1. Several parts elbow grease. Work hard, produce a lot of content. One book every decade won't do it. The most successful of the self-published produce new content every month.

2. A scoop of quality content. Whether it's your brilliant abilities at writing or a paid team of editors, proofers and beta-readers you hired like literary mercenaries, you need good product. The end game is to keep selling, and producing shit won't do that.

3. Advertising heated to perfection. You can't sell ice to eskimos. Know who to sell your work to and shop effectively for ads to reach them. A scifi extravaganza probably won't sell that great even on the aforementioned Adam Carolla's podcast, but a story about a government conspiracy to eradicate Bigfoot will pull in most of Coast to Coast AM's audience.

4. A pinch of luck. Looking back on it, the Edsel seems just as great a car as the Tucker. Ben Stiller's short-lived TV show was years ahead of it's time. The Drop Stop is made with technology older than the automobile. Good ideas don't guarantee success. Be prepared for failure as much as you are for success.

5. Rinse, lather, repeat. Our Above Average Avengers of Self-Publishing didn't always succeed right out of the gate. They didn't quit when they didn't reach their goals the first time either. Just because your book and the thousands of dollars you pumped into it doesn't sell, doesn't mean you should stop trying. It may mean you should scale back the expenses on future attempts, but it isn't necessarily a reflection of your ability to tell a story. Remember, there's telling and selling. If you've written a novel, or even a short story, you're already ahead of the vast majority of the population. Don't give up. Those who succeed never do.
Posted by Troglodad at 9:00 AM

"Don't give up." Thanks for the encouragement.

This is a great post - I like the way you set realistic expectations without it sounding negative. I think selling a book (assuming it's a well written book) is like any other business - 90% hard work, 10% luck
Debbie